By Michael CleaverNovember 6, 2021No Comments

Mono Lake and the Keep Long Valley Green coalition made the front page of the LA Times!

in this article, Louis Sahagun highlights the coalition’s request to share surplus water from conservation by the City of Los Angeles’ programs, and concisely describes the history of the Mono Lakes’ decline over time. Mr. Sahagun notes impacts after LADWPs water diversions, “By the late 1970s, tributary streams had dried up, dropping the lake level more than 40 feet and doubling the water’s salinity. What followed were smelly salt flats and choking dust storms.” The article also directly referenced Keep Long Valley Green coalition members, and our message, that “… a coalition of 18 environmental groups and the Great Basin district sent correspondence to the DWP saying Los Angeles was conserving so much water that it could afford to stop diverting from Mono Lake’s feeder streams.” Our coalition is proud to work in partnership to hold LADWP accountable for its extraction of water in all of the Eastern Sierra watersheds, and are excited to see the issue taken seriously by such a prestigious publication. We will continue to offer science-based analysis to show that Los Angeles can provide water for L.A. ratepayers without needing to damage ecosystems, pay for legal defenses, or violate water agreements in the Eastern Sierra.

Read the front page article from the LA Times here 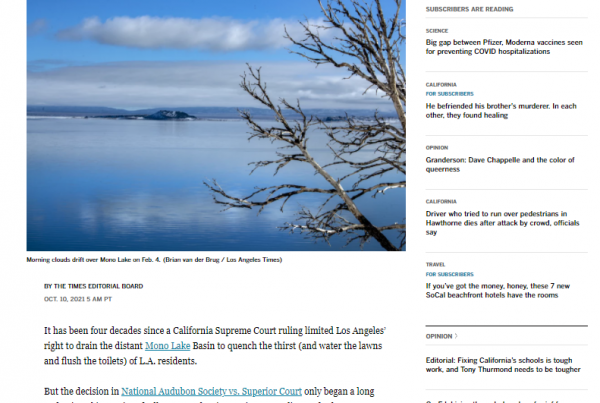 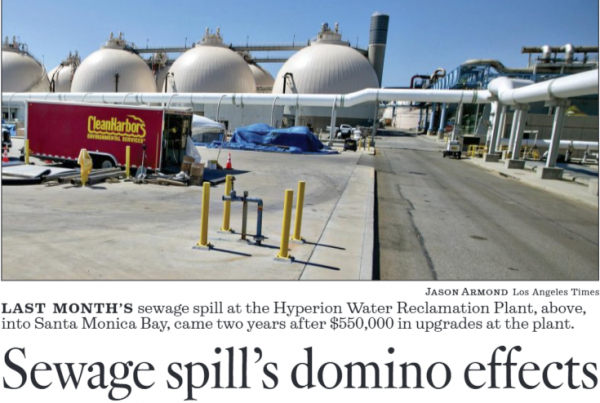